Why .NET Core should be the Microsoft framework of your choice.

Given the plethora of technologies that Microsoft makes available for developers, it becomes a somewhat daunting task for you to choose the right set of technologies to develop your project in. For example, consider the following, you started with employing .NET Web forms and then migrated to MVC which was followed Web API, you also dabbled in WCF for a bit. It does look like we are somewhat spoilt for choices when it comes to picking a development stack of our choice.

But now you have a more recent player on the block .NET core, what's this all about? should we be targeting this instead of the classic .NET framework, very often we end up selecting something that might a have high learning curve and low productivity or something that might have a low learning curve but won't be that scalable and lastly there is also the dilemma of using some technology that might be rendered obsolete pretty soon. This article attempts to shed light on some of these questions. 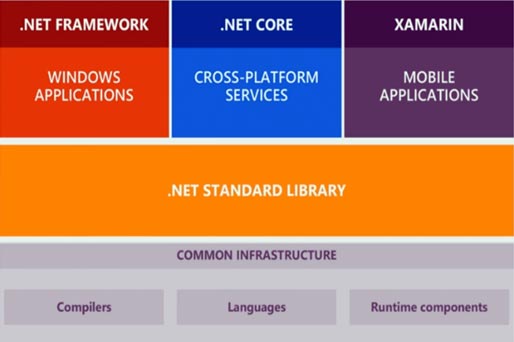 .NET Core is a high-performance open source development framework that is completely free and is cross-platform compatible, which means it can be run on MacOS or Linux in addition to Windows. It has been re-written from the ground up and is much faster, more importantly, it also unifies the previous MVC & ASP.NET into one single entity.

ASP.NET Core is a cross-platform collection of libraries that form a framework for building web applications. It can run on .NET Core as well as the regular .NET framework.

So you basically your ASP.NET Core applications can target either framework, the advantage is that for the first time you can run your .NET code natively on Linux & MacOS, so basically, this is no different from Java.

.NET Core offers a lot of benefits over the regular .NET framework. Here are some of them explained in brief

.NET core being cross-platform opens up new doors for its adoption worldwide.

It can be self-hosted in its own container or can even use docker, this is a great advantage as far as hosting is concerned. Microsoft has already announced their plans for .NET Core 3. The salient features of .NET Core 3 include support for desktop applications for Windows, specifically windows-forms and windows presentation framework and in addition to this it also adds the ability to ship the framework as part of your application. .NET Core is a stable technology that's here to stay, it being Open Source is only driving more developer interest in it. Given the sturdiness and performance benefits, it is very likely that this might be the future of .NET in general and it makes sense in embracing it sooner than later. Do write to us in case you have any queries about migration to .NET core. 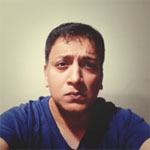